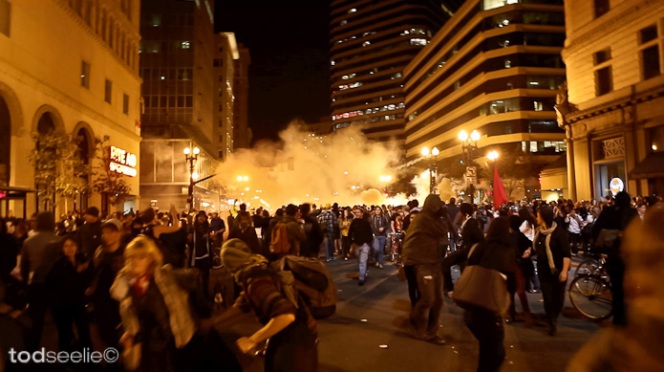 I’m occupying LIS research literature. I’m indignant that its impact on practice is minimal, and I don’t believe it is only practitioners’ lack of application or researchers’ lack of skill – it’s a gap that both sides need to help fill. For practitioners, this may come in the form of a shift from relying on anecdotal information in making decisions about services and collections; for researchers, it could be a focus on how the results of a study are communicated.

I like where Frierson is going with this, I’d love to see more research I can use, and conversely, would like to see more work time justified to do so, I would also like to raise a rhetorical question: is this really part of the “Occupy” strategy? This is a call to more actively participate in a already existing system, which is to say, engage it and support it by participation and/or resistance. It’s not a perfect system, and I’m a part of it too. But Occupy calls for things beyond that. By way of Slavoj Žižek in the Parallax View, Occupy starts at Bartleby’s “I’d prefer not to.”

It requires a look back to a much less institutionalized time to really see some radical work being done, and to some extent, I don’t think that PHD programs nor in general, viewpoints that diminish “anecdotal” perspectives will be the primary movers, if you are strategically invested in the “Occupy”, a better place to look would be further back in history, and also, to the public libraries. It’s not that theory and practice should not meet, but that “Occupy” exists in a space much different than our own, and while institutions can and should engage in the discussion, the real action is more dynamic. As the occupiers of Taqhir Square wrote to those in Oakland:

We stand with you not just in your attempts to bring down the old but to experiment with the new. We are not protesting. Who is there to protest to? What could we ask them for that they could grant? We are occupying. We are reclaiming those same spaces of public practice that have been commodified, privatized, and locked into the hands of faceless bureaucracy, real estate portfolios, and police ‘protection’. Hold on to these spaces, nurture them, and let the boundaries of your occupations grow. After all, who built these parks, these plazas, these buildings? Whose labor made them real and livable? Why should it seem so natural that they should be withheld from us, policed and disciplined? Reclaiming these spaces and managing them justly and collectively is proof enough of our legitimacy.

The research arm of librarianship is full of privatized interest and buracracy. They are over-policed and interested in protecting the status quo: “information” over wisdom and knowledge, statistics over a view of life which is full of humanity. If librarianship is going to thrive, it’s not going to be in those journals, nor in the endless hype cycles of library blogging on trendy, technologially driven topics. It’s got to be about people. Over at Monoskop, a extended piece by architect Nikki O’Loughlin examines the practices of public libraries in the United States. O’Loughlin unearths various models for the distribution of books in public space, both urban and rural. These set up a confluence between spaces in people’s lives and the presence of knowledge artifacts that might interest them for whatever reason. By doing this, dialogs across life-spaces could happen, with the library directly involved. All of this is facilitated by an inexpensive and transferable technology (books, in this case). The a heavily institutionalized library just can’t do this with the same aplomb, and digital products don’t provide the physical, social space for interaction, on top of their barriers to entry. I’m not recommending slavishly reproducing the past, but rather to look at times of radical change and how libraries dealt with them. What was that about doomed to repeat it?

Read the whole thing, breath in the radical and stop thinking about theory and practice as seperate. That only holds you back. Librarians, join your 1% to your 99%. 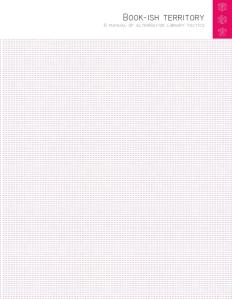