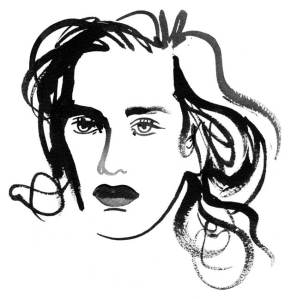 Automated, frictionless sharing is certainly not a solution. As I’ve often observed, human problems are almost always solved by human solutions, very rarely by technical solutions. We have to ask ourselves what the real solution is, given that we’ve negotiated an arc from immersion in a social community (with all that entails) to helplessly private insularity to immersion in a virtual world that lacks privacy, but that also lacks human contact. It may be that dating sites are so consistently popular because they are the only online services that require human contact to work. -Mike Loukides, The Privacy Arc 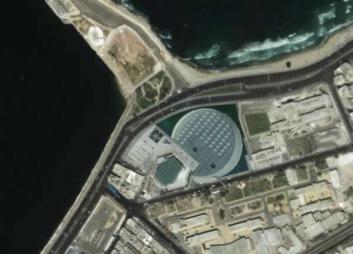 The promise of digital libraries speaks to one key part of the Alexandrian ideal: to provide access to a “universal collection.” Another facet of the ideal is the creation of special places in which collaborative learning and research, and creative work generally, take place.

-Sam Demas, From the Ashes of Alexandria: What’s Happening in the College Library?

If libraries are to remain dynamic, the spaces that define them and the services they offer must continually stimulate users to create new ways of searching and synthesizing materials. There is no question that almost all the library functions being planned for today will need to be reconfigured in the not-too-distant future.

And from among the chorus of rational behaviors arose the word sanctuary. Not sanctuary as in a place that was always and for every use absolutely quiet (although the need for quiet space, group and solitary, came up repeatedly). But the idea of a place steeped in the symbolic behaviors associated with libraries, from quiet contemplation to cultural enrichment, resonated through our entire meeting.

Demas calls for the creation of a place where collaborative learning and research take place, alongside creative work. Freeman wants the design of the place to stimulate new ways of working in libraries. Schnieder proposes a sanctuary. In a word, these ideas have risen from the very ashes of Alexandria: 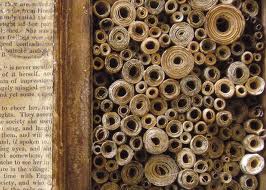 The Great Library of Alexandria has assumed legendary qualities in the centuries since its creation and demise. The concept of a universal library, an institution containing all the intellectual works of the world, is one that has enchanted scholars for centuries. But where did such a concept originate? While there are indications of earlier attempts,[6] the first lasting attempt, and the one that has become fixed in the cultural consciousness of western civilization is that of Alexander the Great.[7] Old Persian and Armenian traditions indicate that Alexander the Great, upon seeing the great library of Ashurbanipal at Nineveh,[8] was inspired to combine all the works of the various nations he conquered, translate them into Greek, and collect them all under one roof.[9] While this inspiration was certainly prompted at least in part by a desire to consolidate information, and thereby power, under Greek authority, it is also an indication of Alexander’s desire for his empire to be a multicultural empire[10] — albeit one unified under the influence of Hellenism.

The caveat is generous. Alexander was consolidating power and information, and wanted to unify his empire (his power). Demas wants a “universal collection.” Freeman wants to provide external stimuli. Schnieder’s sanctuary contains the rational behaviors which embody themselves in symbolic actions. While it is not counterpoised directly against these ideas, I want to give voice to another force that librarians need to understand and accept: the Feral.

Having photographed in inner city environments for over 15 years it dawned on me recently that — despite all the destitution and abandonment — there was liveliness there that’s missing in the more regimented suburban environments we encounter every day. In fact it is was a landscape filled with political and vernacular artistic expression.

-Jeff Brouws, “It Doesn’t Exist”: The Impact of Sprawl and Suburban Build-out on Inner City America

But look again, and some other, emerging, trends come into focus. Rising oil prices and greater work flexibility increase the value of the local; the rise of digital rights management fuels campaigns around openness; the number of books published every year continues to rise; issues of access and equity – and affordability – come into sharper focus as one austere year rolls into another; the relationship between the tangible and the digital object becomes increasingly complex; new attitudes to ownership (using, not having) make the library appear as a pioneer.

-Alex Soojung-Kim Pang, “if libraries did not exist, it would be necessary to invent them”

In the face of organization, the universal, the rational, the church-like sanctuary, the feral can seize more opportunities than it is given. It is localized, it is vernacular, it only responds to stimuli if it needs to, and its voice makes a mess of expectations hoisted upon it. There is no “pioneering spirit” in the library of Alexandria; it is one of consolidation of power, not redistribution through a community. The pioneering spirit provides a home for the feral. It is where creativity lies, in not participating fully in environments created through enlightened planning, but taking what it needs when it needs it. We don’t need to pick one or the other, but understanding and planning for the pioneering and the feral will help us meet many of our patrons on their own terms. On the frontiers, and not in the seat of power. 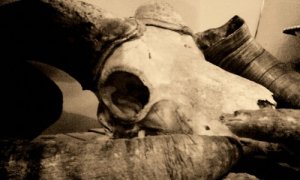 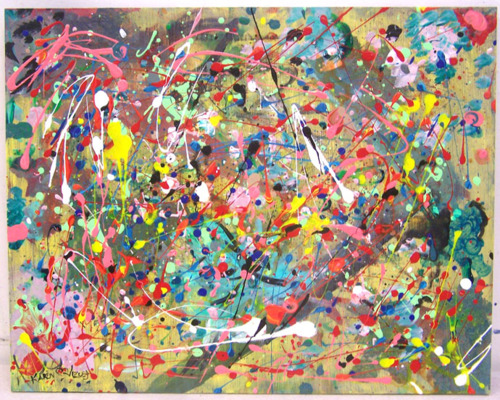 Conflict around the “uptake of reading and writing instruction in part entails a clash of residual and emergent traditions, a clash between literacy pedagogy as “gift” and literacy pedagogy as commoditized, capitalist economic exchange epitomized in the last 100-year campaign to convert literacy education into a secular, industrial training. -Allan Luke, Pedagogy as gift, Pierre Bourdieu and Literacy Education p68-91. 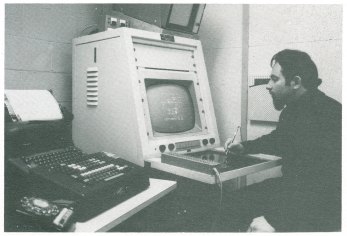 Perhaps the books have outlived their original intended purpose, but that doesn’t mean that there aren’t other ways to use them.

You could pull almost any image in the library out of its context and it would probably be nearly impossible to identify its source or its meaning. In other words, the bizarre quality of the images might not necessarily be a function of the texts that they live in.

I wouldn’t want to prescribe a particular approach. I think that books are really interesting objects in part because they are relatively stable. Unlike electronic information, books are relatively difficult to change and revise.

In the face of the eroding perceived value of books, this lays out an interesting proposition, which relies on the strange combination of durability and the ability to be lost. Much of library practice relies on the idea that we need to keep information from getting lost, but as the reanimation library demonstrates, this is sometimes necessary for continued creation. Despite the increasing availability of full-text searching in ebooks, access to the ideas in books are heavily dependent on how they are represented in various titles, or, for the more cautious researcher, by the author and her affiliations. The upside of this being, you are more likely to read something that isn’t exactly what you were looking for. Conversely, the same looseness exposes the author and their work to unintended audiences. The Reanimation Library thrives on a more extreme version of this mechanism:  As a result of this serediptious proccess, the creative, unintended uses come to the fore.

Groups like the Library as Incubator Project and discussions by PublicPraxis move one step beyond this by shifting the definition of information, opening up new possibilities for libraries. About a breakdancing competition in a library: 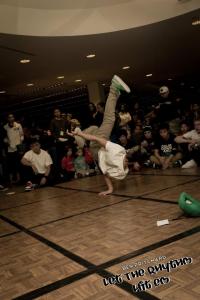 We talk about how libraries have the ability to change the world for their users by providing access to information. Information is conveyed in many forms, not just the printed word or digital content but also via workshops and classes and exhibitions. A breakdancing competition won’t work in every library, nor need it. -Laura Damon-Moore, Elizabeth Hough, and Sharon Grover, Collaboration, Innovation, Incubation

Scrapertown from California is a place. on Vimeo.

By organizing a group around the bikes they own, they promote creativity (they style their bikes, they make their own music), education (both formal K-12 and P2P), responsibility, self-respect (you must ride in style), community–and together they’ve created a world for themselves that meets important needs. All of these needs can be understood as information, as can all of the resources that fulfill those needs. So this is not some lofty far-out library moon colony, this is library terra firma. The way that Scraper bikes engage the members opens up knowledge, values, and opportunities that individually, these Oakland kids may not find widely accessible. -Meg Backus, Alternative Libraries

Both of these examples expand the definition of information, and by doing so expand the role of the library in the world. This is a much more aggressive tactic than what Reanimation Library employs, but the end results reach for the same goal: the breaking down of traditional understandings of what counts as “useful” information. They do this successfully be demonstrating that truly useful information is that which is put into action in a community. All of these projects demonstrate by freeing information from the constrictions we as librarians put on it, it has the chance to become something more–knowledge. For a more formal argument, consider this paper by Jennifer Nutefall and Phyllis Ryder. Serendipity, not a practiced lack of information control,but a openess to the rough edges of it, is actually a method that students and scholars use. Serendipity has always played a key role in learning about the world. 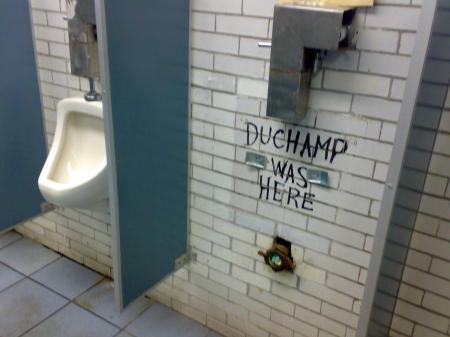