Memes are transient and formulaic. Horse_ebooks, on the other hand, is like the ultimate meme black box. Its output might be imitated, but the underlying logic responsible for that output will likely never be duplicated to a T. Could there be an actual human being on the other end of the horse, hand-picking the text and conning us all? Absolutely. But honestly, we shouldn’t want to know. Unless something tragic happens, Horse_ebooks, as far as we’re concerned, will simply remain a neutral, unfeeling robot regularly delivering fragmented pieces of ourselves. And that’s something the Internet truly needs.

The taking of someone else’s stuff and making it one’s own is a key feature of the internet and has spawned much discussion of the term “curation.” I’ve argued that it is at the heart of librarianship. Horse_ebooks turns the idea of curation on its head, that in order to “curate,” all that might be needed is an algorithm, or someone cutting and pasting snippets of ourselves and throwing them back at us so we can force meaning into it, even if there is none intended.  But curation is taking on its own life online, but needs to be distinguished from mere sharing, a mistake I made and would like to correct.

In 1945, Vannevar Bush argued that the work of navigating the world’s information would one day fall to a professional caste of hardy souls “who find delight in the task of establishing useful trails through the enormous mass of the common record.” Google rendered that profession unnecessary, but not obsolete; our current obsession with online curation has only begun to fulfill this prediction. What is an anthology if not trail-making?

-Robert Moor, Bones of the Book

Anthology is very much about trail-making, but the question is: does the trail go somewhere I want to go? Google cannot do that for anyone because it presents no trail, just a list of destinations, many of which have been bought and sold, SEO’d beyond recognition as actually being useful. In the face of Google’s destinations and Horse_ebooks’ funny but nihilistic joke about curation, we can look at the production of pathways and anthologies as original thought. Consider this pairing:

But we should not delude ourselves for a moment into bestowing any special significance on this, because when we do this thing that so many of us like to call “curation” we’re not providing any sort of ontology or semantic continuity beyond that of our own whimsy or taste or desire.

I don’t know what sort of addled reading of Barthes it must’ve taken to get here—to employ phrases like the “creative and intellectual labor of information discovery” and “a form of authorship”—but the often tortuous act of writing compared with the reading of someone else’s writing are two vastly different things, not just simple variations of unicode runes.

We might, for instance, find our values shifting away from a sole focus on the production of unique, original new arguments and texts to consider instead curation as a valid form of scholarly activity, in which the work of authorship lies in the imaginative bringing together of multiple threads of discourse that originate elsewhere, a potentially energizing form of argument via juxtaposition.

What Fitzpatrick proposes here is what Langer considers to be curation, the provision of ” ontology or semantic continuity beyond that of our own whimsy or taste or desire,” and that is what libraries (in collections) and librarians (in guides and bibliographies) do. Langer is right to keep a firm separation between the acts of reading and writing, and as he points out elsewhere, curatorship and scholarship are tightly linked. So keep it old school, even with digital tools: curate. 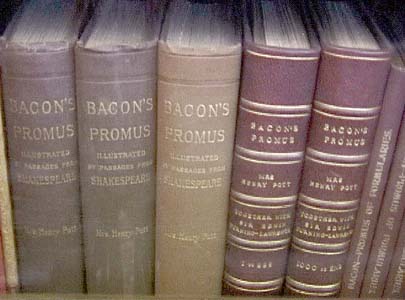