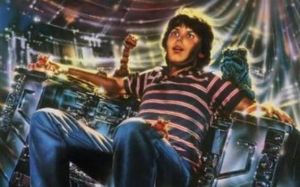 Day-glo and cat videos, scantily clad girls and 8-bit, surveillance video and artificial intelligence. When piled into a blender, the result is something called The New Aesthetic (NA). The tumblr of the same name describes it as a “research project” by the indefatigable and lovably nerdy James Bridle. At its heart is the idea that machines and the “network” have personalities, beings trying to reach us as the digital spills into the physical world. Infatuated with the way computers say “hi,” it is clear that Bridle really, really loves these new beings. As a result, his twitter feed is made up of spambots. Beyond this earnest feeling that made us feel good while watching “Flight of the Navigator” are the same feelings that gave the pre-digital world the heebie-jeebies when they witnessed the bloodless brutality of “Tron.”

In  both cases, NA has armed many artists with a new vocabulary of images to draw on and use to comment on the world. Azealia Banks brought a lot of those elements together in her “Atlantis” video, drawing on backgrounds that look stolen from a ‘94 pirate videogame and a handful of “Jaws” references, set over stuttering beats. Brought to this level, NA seems like a rehashing stuff from the 80’s and 90’s in interesting ways.

Carla Gannis, a digital artist in her own right, wrote that “A movement cannot merely catalogue what currently exists, it is defined by the future(s) it envisions,” and maybe that is where she and many others start to miss the point. Just as those practitioners of the New Aesthetic understand the melding of life on- and off-line, they also don’t feel the need to respect the proper way to run an artistic movement. Ryan Trecartin’s artworks (video) and Code/Space (Academic Book) can sit comfortably beside Rihanna’s last SNL performance (music) and James Bridle’s “A Ship Adrift” (website) and all speak the same language. NA isn’t an art movement. More than anything, NA feels like a fashion trend that has taken over all parts of culture at the same time. The idea that the digital world is spilling over into the physical world is as old as computers, and it is now finding it’s way into everything. 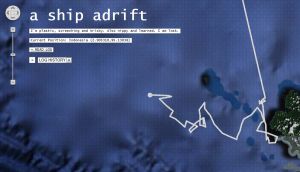 What does this ad up to? We all have no idea. Gannis wants a coherent statement of purpose, and she’ll never get one. Here’s why: the thing is everywhere, and there is no reigning it in. Of the New Aesthetic, as Bruce Sterling points out in his watershed essay on NA, “We’re surrounded by systems, devices and machineries generating heaps of raw graphic novelty. We built them, we programmed them, we set them loose for a variety of motives, but they do some unexpected and provocative things.” NA speaks to a lot of people because it is the reaction to a world intimately connected to the network. The whole thing can and never will be a “movement,” because it’s really a trend showing us how some people see the world we live in today.

For a generation of people raised on “Flight of the Navigator” all the way to those who grew up with “The Matrix,” the New Aesthetic Speaks their language. At it’s bit-driven heart, NA just wants to be liked, and it’ll keep popping up all over the place until it is.

7 thoughts on “NA: not an art movement, a fashion trend.”