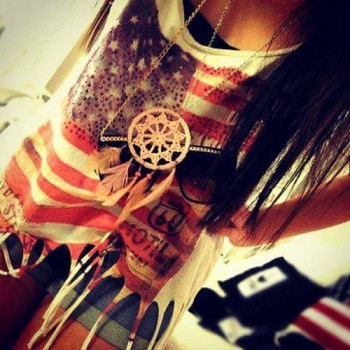 And here we come to the real crux of the matter: the less people who participate, the more people end up just becoming consumers, and if the only people producing things for these people to consume are corporate entities, then we’re subjected to an overwhelming quantity of spewed-out, predigested ‘culture’.  People have stopped participating and are content just being present, and thats a problem and whoever thinks “oh shut up dude, this happens all the time” you’re wrong, the internet leaves nothing hidden, every fuck dick can copy and paste a personality they found on the internet, and thats never been possible before.   But fuck it, who needs to actually go out and do something worthwhile IRL when you get the same chemical reaction from 100 internet strangers telling you your outfit is awesome. -Johnny Love, Subculture as we know it is dead, and its all the internets fault.

In the era of the iPhone, Facebook, and Twitter, we’ve become enamored of ideas that spread as effortlessly as ether. We want frictionless, “turnkey” solutions to the major difficulties of the world—hunger, disease, poverty. We prefer instructional videos to teachers, drones to troops, incentives to institutions. People and institutions can feel messy and anachronistic. They introduce, as the engineers put it, uncontrolled variability. -Atul Gawande, Slow Ideas

Uncontrolled variability, as Gawande briefly illustrates is anathema to efficiency. However, the converse of messy and anachronistic communication through slow channels is not always the domain of the technologically disadvantaged, but it also a way to display privilege in a technologically obsessed world. Literally, to not care about efficiency in communication, to do something the old fashioned way is in some ways a projected indication of class. So, in the United States, we are what we buy. Consider the Molskine Notebook:

The  reason for the brand’s success is its unique positioning, which combines  identity and culture thanks to its high design and iconic content, as the product  satisfies a sense of belonging to a community sharing common values, rather  than just a function. This also justifies its premium positioning. -Chiara Rotelli & Emanuela Mazzoni, Moleskine: Initial Public Offering 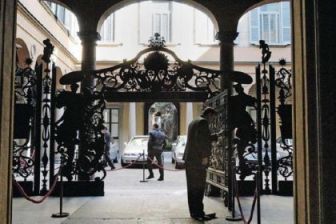 Paper, especially a leather-bound notebook of blank paper, is a luxury. It stands opposed to the cheap xerox stock that overflows despite the birth of the digital age, and implies a non-work time suck of doodles, drawings, notes, and mental sketches. It also implies creativity, over, and over. The kinds of notebooks alone tell a tale of the creative class in mashed fibers: passion, city, reporter, professional, creativity, black page, cover art, limited edition. This is paper for the privileged. It is messy and anachronistic, but also private. These notebooks are places for mistakes, first drafts, and experiments, only to be communicated to a few, and almost never without revision. Privacy, silence, and a lack of communication are bound up nicely in pages, blank in a discreet black book that projects a quiet power as a brand object.

This takes me back to Illich (1983) and his call for the defense of the silent commons. This call, essentially a manifesto, declared silence to be a shared condition placed under threat by new technologies and their amplificatory functions. It functions as a critique of mass media, regarded as a deeply non–convivial technology in which communication ‘machines’ provide prostheses and do so selectively, so that certain dominant groups (those who get the equipment) become louder hailers with the power to silence others. -Caroline Bassett, Silence, Delirium, Lies?

Bassett is worried about people being silenced by loud hailers, and the 21st century has proven no different. But the inverse is also a problem. More often than not, we are encouraged to participate, to make ourselves seen and known. Now to have the quiet space, to communicate slowly or not at all, but to just jot some notes and doodles is the position of power. 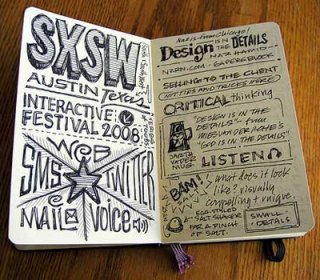